In the shadow of the Italian Alps, in the northwestern region of Piedmont, enjoying a hot bath takes on a new culinary meaning during the harvest season and winter months. 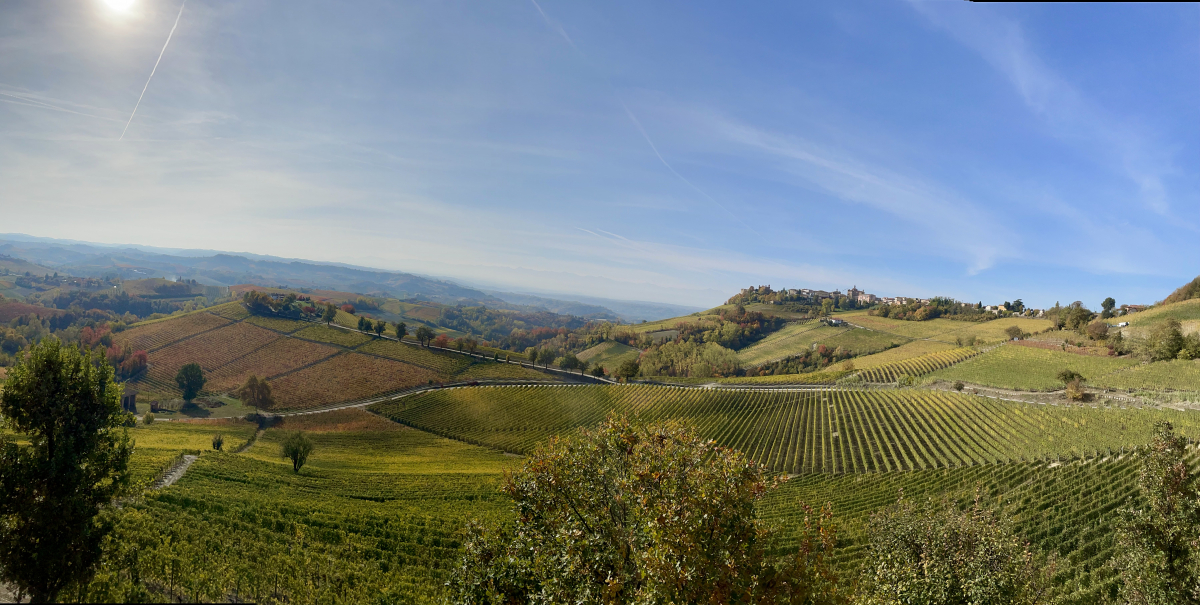 View of the Alps from the village of Novello

This ‘hot bath,’ la bagna cauda in Italian or bagna caôda in local dialect, is a treasured Piemontese specialty – a strong sauce made with vast amounts of garlic and anchovies that slowly meld into olive oil when heated over a low flame

The result is an emulsion that unabashedly announces its presence and adds an umami kick to whatever is drizzled with or dunked into its aromatic depths. Lighter than a cheese fondue and milder in taste than its uncooked cousin, the Provençal anchoyade – which the French spread on toasted bread – bagna cauda originated as a shared peasant meal, often prepared outdoors in the vineyards as an on-site snack to thaw the frigid fingers of workers who tended the vines. It is a meal forever linked to the agricultural landscape and manual laborers whose back-breaking work gave rise to the fine wines – i.e. Barolo, Barbaresco – and the edible bounty for which Piedmont is celebrated – think truffles, hazelnuts, and mountain cheeses.

The dish was traditionally served with whatever dippable edibles were had on hand: roasted Carmagnola bell pepper, boiled potatoes, braised cipolline pearl onions, wedges of cabbage, slivers of fennel, or a slice of bread. It is a prime example of la cucina povera, (what Italians call the cuisine of the poor) meals easily made from modest ingredients that most Italian peasant families had readily available. 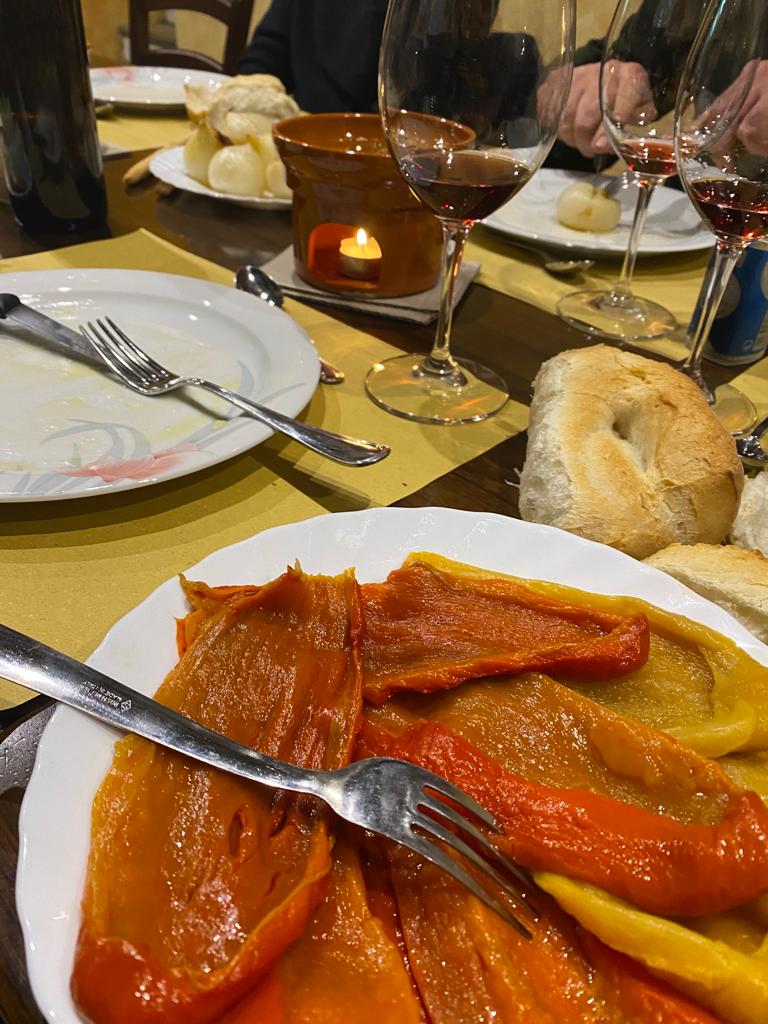 Anchovies feature prominently in many Piemontese specialties, despite there not being an ocean in sight; they enhance the flavor of the tuna sauce in vitello tonnato and add an extra punch to the herby salsa verde that is served alongside heavy roasts. How they earned their place in the regional cuisine was a combination of tax evasion and exchange. Salt, once a valuable commodity, was heavily levied. To avoid paying a tariff, sly traders concealed their stash under layers of salted anchovies; if a government agent opened a barrel, they’d see the fish and wave them on without requiring the tax on pure salt. 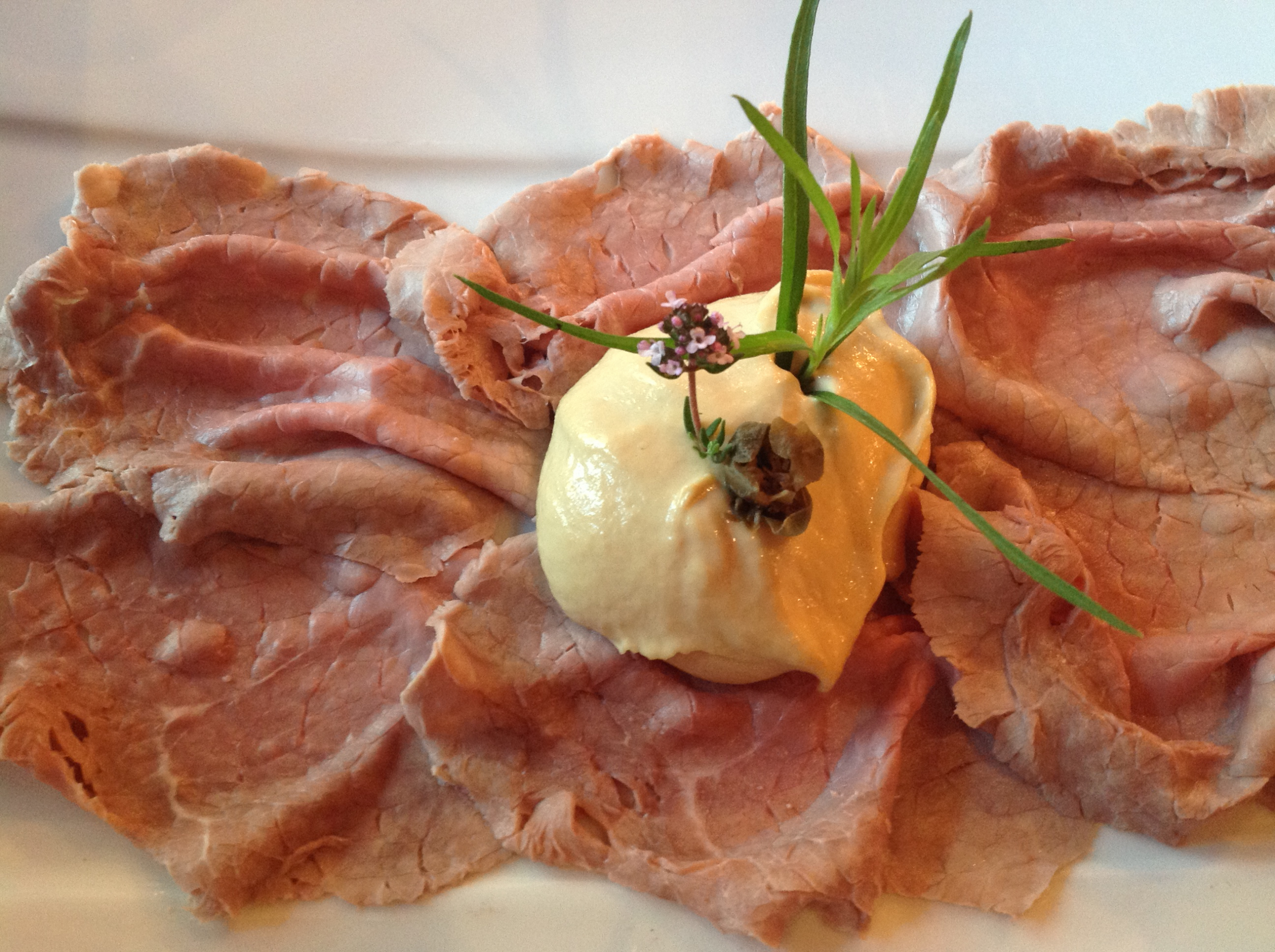 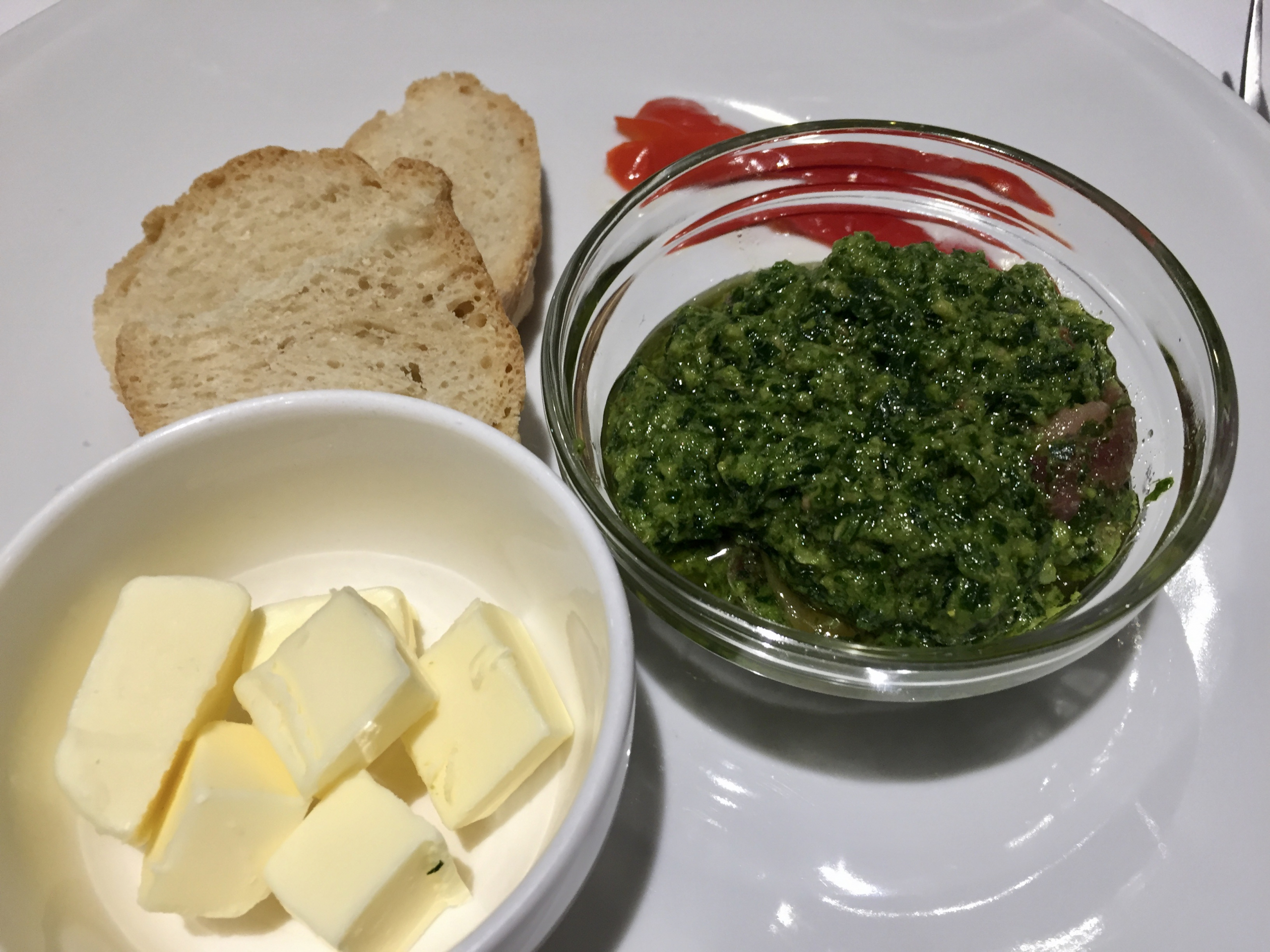 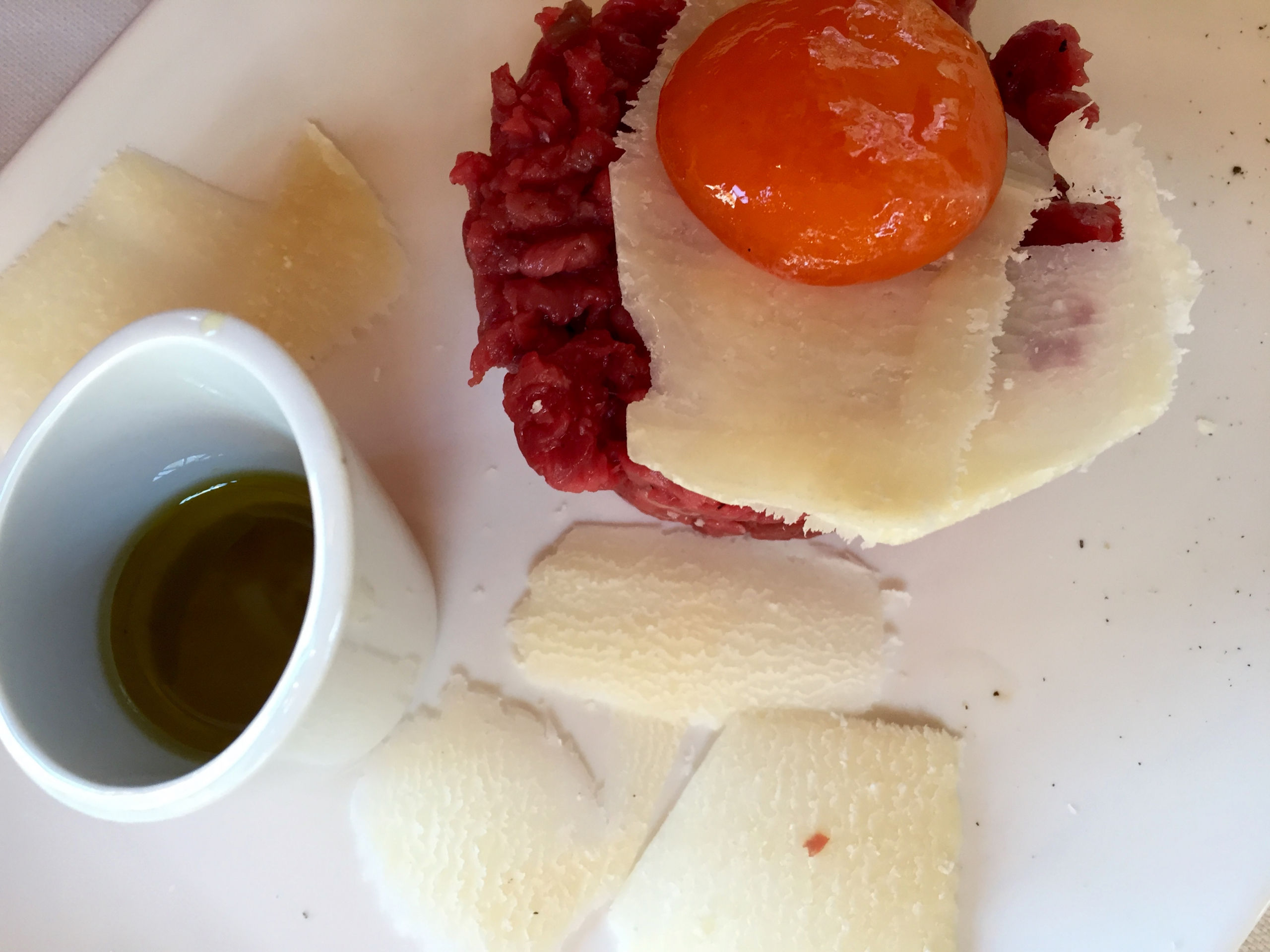 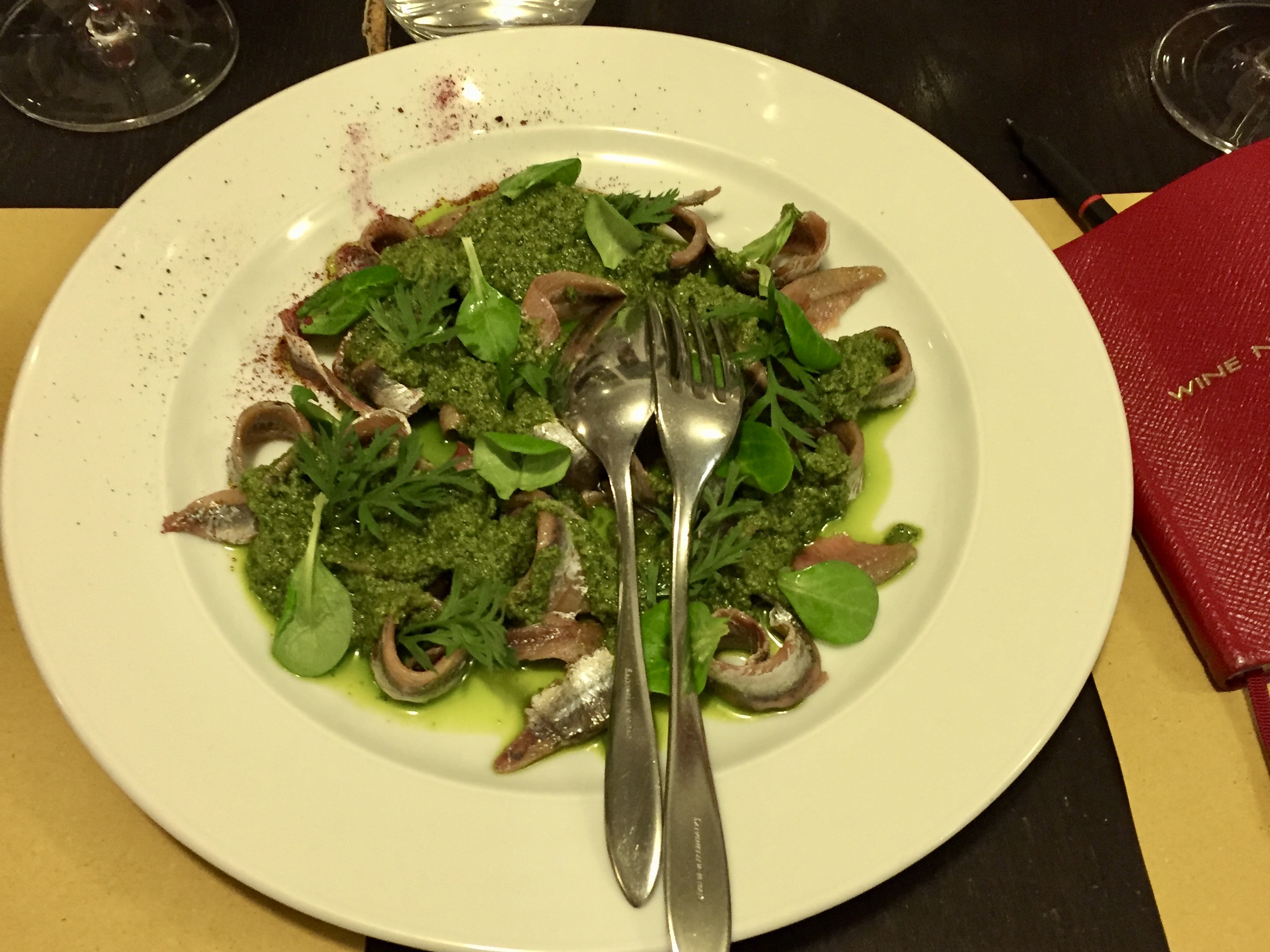 Preserved anchovies arrived in Piedmont by way of the Ligurian and Provençal coasts and became an indispensable flavoring staple. Each year, after the harvest, Piemontese farmers would commonly journey to the Ligurian coast by cart and trade their cheeses and other preserved items for the salt-packed fish.  On their return, they would stop in villages to sell crates of the salted fish. These acciugai (wagon-based traveling anchovy merchants) were active up until World War II, when motor vehicles put an end to their business.

Bagna cauda was initially looked upon with condescension by aristocratic society. The wealthy and powerful Piedmontese turned up their noses (quite literally) at this meal of the commoner with its abundance of garlic and intense aroma. Nowadays, however, the dish has been reappraised and elevated to the fine dining table. David Chang’s version at New York City’s Momofuku Nishi used fish sauce, tamarind, and Thai bird chilis. Bagna cauda has also been glimpsed as a sauce atop polenta, as a pasta sauce during Lent, and as an anchovy butter compound melted atop grilled steaks. David Tanis, in the New York Times, has endorsed bagna cauda as a worthy dressing for spring vegetables with the addition of crème fraîche and lemon juice.

Traditional bagna cauda remains a cultural touchstone for those whose roots spring from the foot of the Alps. The collective meal is frequently described as a local ritual, a tribal meal of the zone. As Matt Kramer so aptly put it in his book, “A Passion For Piedmont, “when the Piedmontese want to feel and celebrate being Piedmontese, they eat bagna caôda.”

The shared nature of the dish brings people together, especially on the chilly, fog-filled nights that settle into the region in winter. The sauce is customarily served in a terracotta burner called a fujot in dialect, which is placed at the center of a table for all to use. The garlic and anchovy blend is kept warm by a candle positioned within the bottom of the vessel. This heated presentation not only keeps the shiny emulsion from separating but also gifts the dining area with a golden, flickering glow for optimal vegetable-dunking ambiance.

Raw wedges of fennel, bell peppers, carrots, celery, cardoons, cauliflower, endive, leeks, lettuce, radishes, scallions, radicchio, thin grissini breadsticks, boiled potatoes and roasted beets are most commonly served alongside the warmed sauce. Bitter, sweet, and peppery vegetables all add contrast to the salty, piquant sauce. All dippables should be cut into easily handled strips or slices and beautifully arranged on a communal plate or bowl. At the end of the meal, any leftovers at the bottom of the pot, (known as the “thick” spesso della bagna) can be used to cook a scrambled egg. 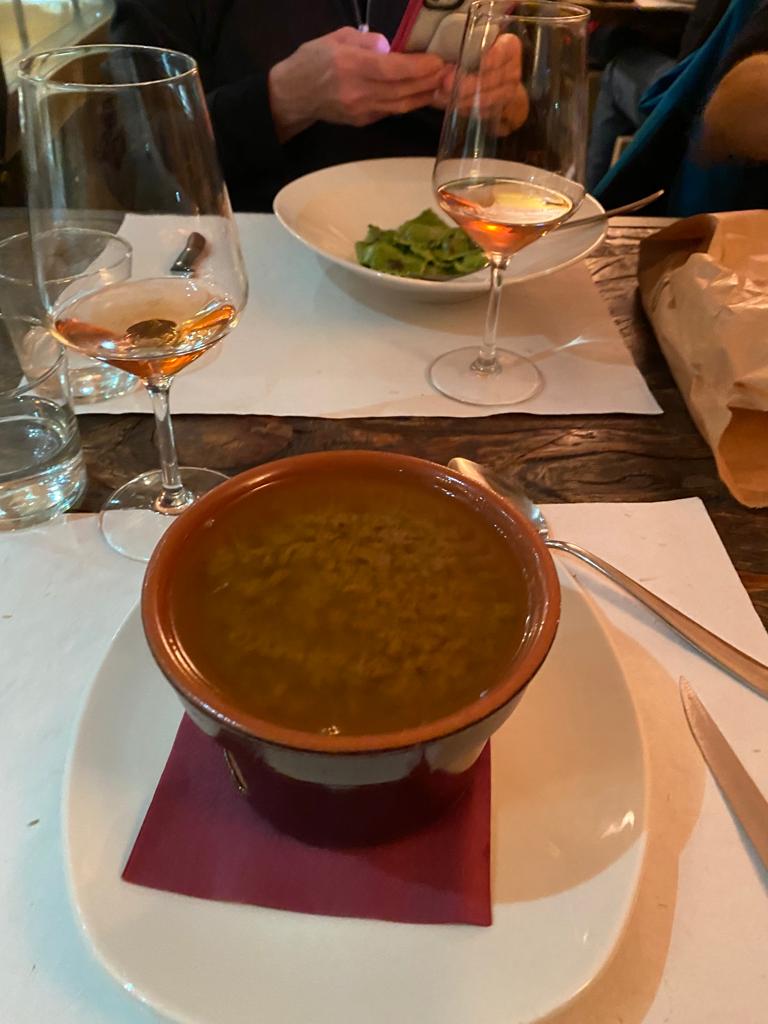 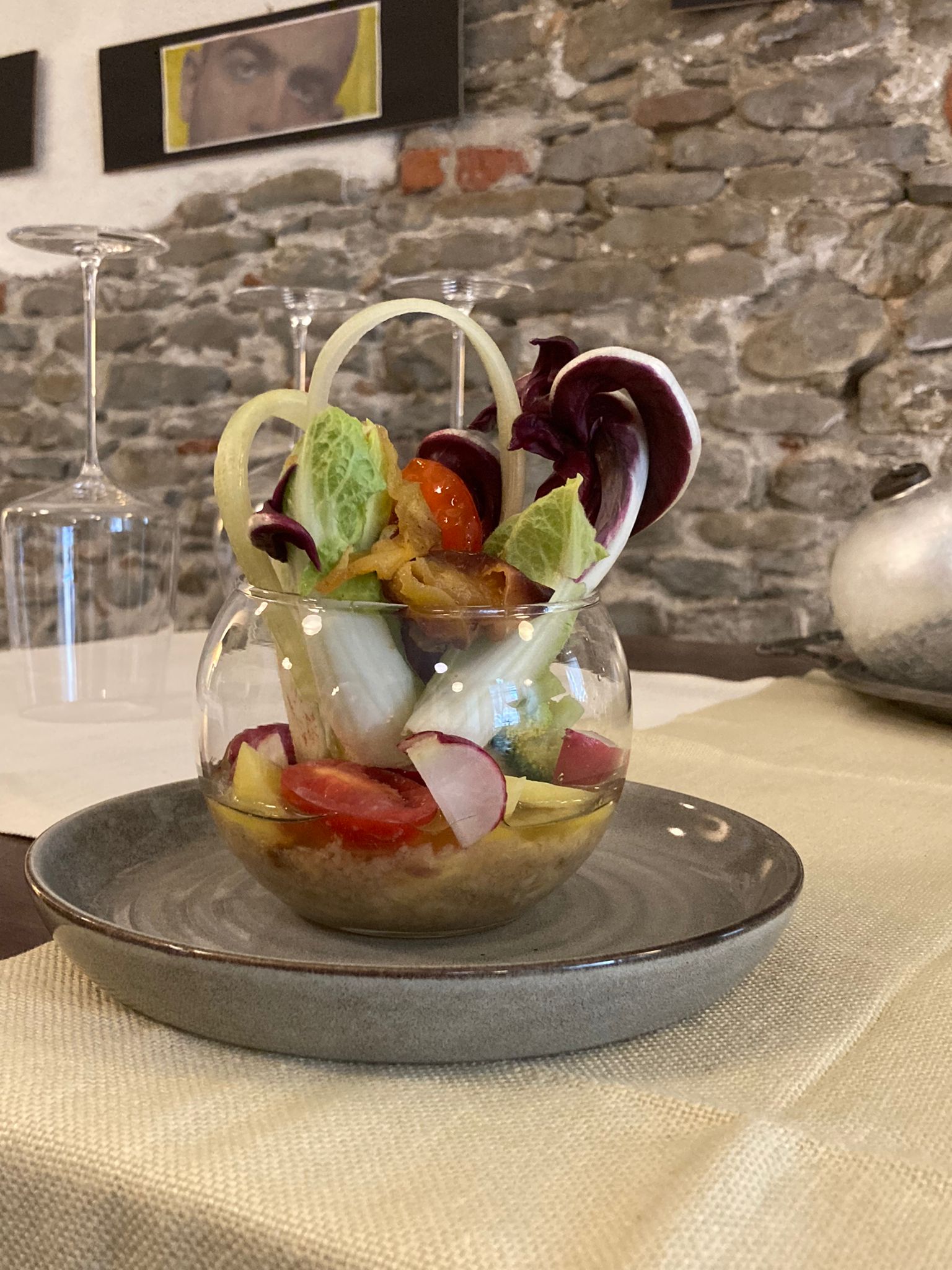 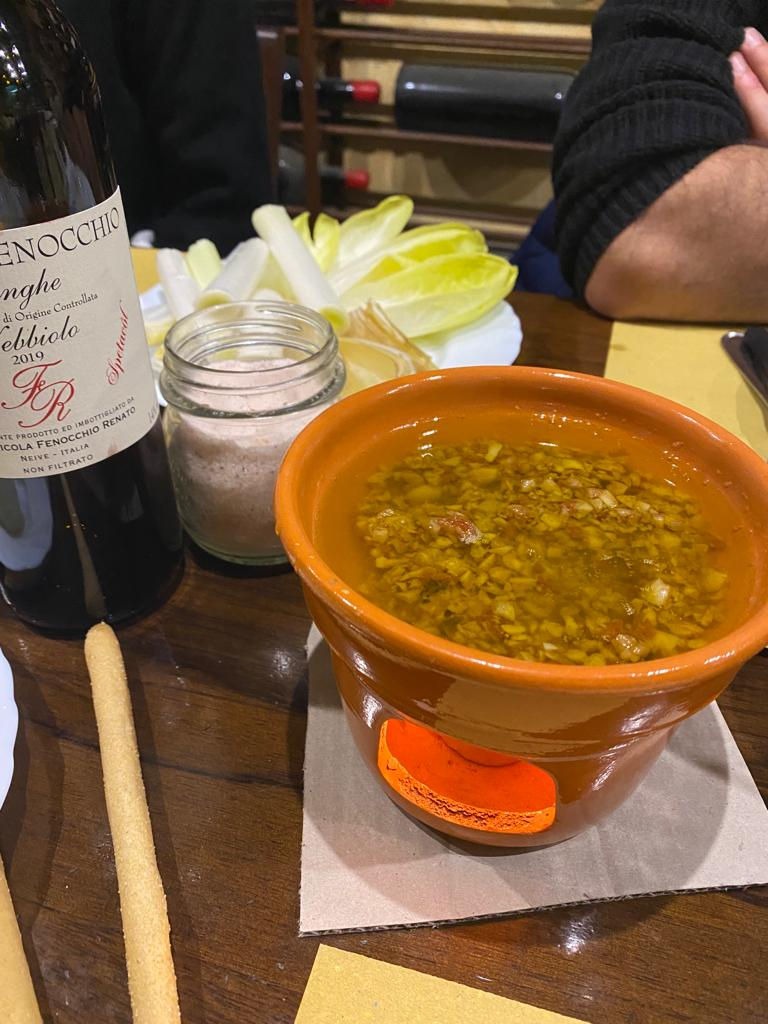 Though there are many ways to enrich the dish—with butter, red wine, milk, walnut oil, lemon juice or the gilded addition of shaved truffles— the most traditional recipes call for only three ingredients: garlic, anchovies, and olive oil.  Mentioning the addition of any extra embellishments, other than the holy trinity, is the surest way to provoke a heated argument of Piedmontese authenticity.

To fully experience the devotion that locals have for their bagna cauda, one need but look to the Italian town of Asti which has held a Bagna Cauda Day festival for the past nine years. This year’s celebration, which spanned two consecutive weekends in November and December, had 135 participating restaurants—including venues in China, Japan, Uzbekistan, the United States, and Tonga taking part. For a fee of 25 Euros, each diner received an individual bagna cauda, served in their own personal fujot. Over 20,000 reservations were made for this year’s edition, which, organizers stressed, honored “one of the world’s great meals that most encourages social distance” and quite apt for our unique times.

With the recipe below, you too can experience this simple peasant dish of which locals are so proud.  So, go on and luxuriate your raw vegetables in a silky emulsion by candlelight.  If that is not a recipe for a magical hot bath in wintertime, I do not know what is. 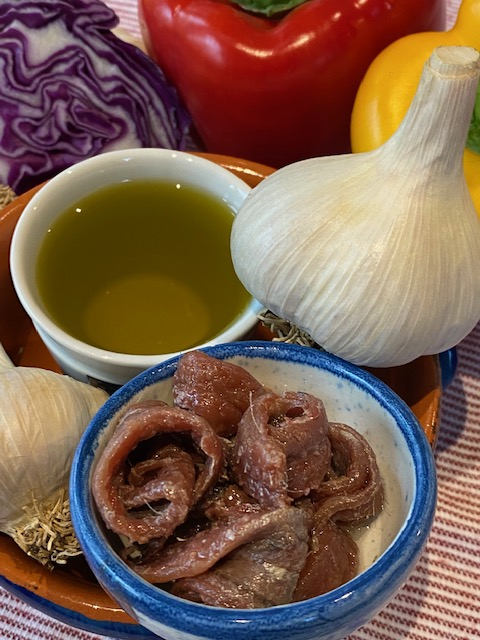 Wash the anchovies under coldwater—fully rinse off salt and remove any bones. Peel and trim the garlic clove and remove the inner germ, called the anima or ‘spirit’ in Italian. Combine the sliced garlic and milk in a saucepan and bring to a very gentle simmer—you want the garlic to stay white and soften. Cook low and slow until the garlic is easily smashed with a wooden spoon, about 15-20 minutes. Strain the garlic from the milk. Wipe out the saucepan and then return the garlic to it along with the anchovies and olive oil.  The oil should cover the garlic and anchovies in the pan. Since the garlic is technically already cooked, this next step is more about slowly making an emulsion and allowing the anchovies to dissolve into the sauce. Always use a very low flame—the oil must never fry the garlic or anchovies, or else the sauce will become bitter. Stir until the garlic and anchovies have fully melted into the oil (using an immersion blender at the tail end is a modern trick). Serve the sauce warm in a tabletop burner with raw vegetables for dipping.

When: locals suggest that a traditional bagna cauda be eaten on a Saturday and with your entire family.  This way, you will have all day on Sunday to stay at home and allow the lovely post-bagna fragrances to evaporate.

Wine: Bagna cauda could be accompanied with Piemontese Barbera whose low tannins and high acidity pair well with the rich sauce. 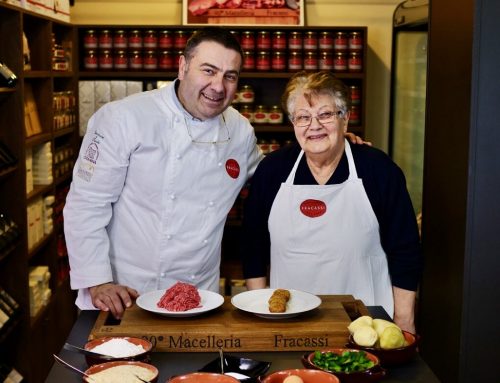 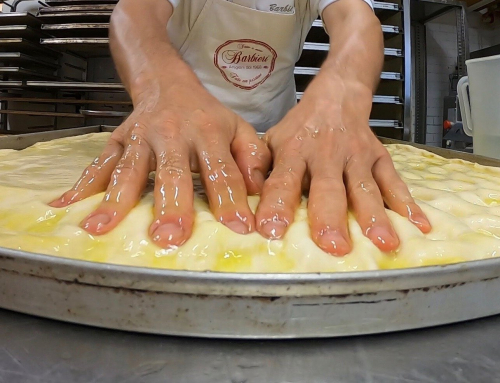 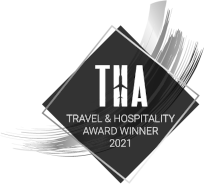